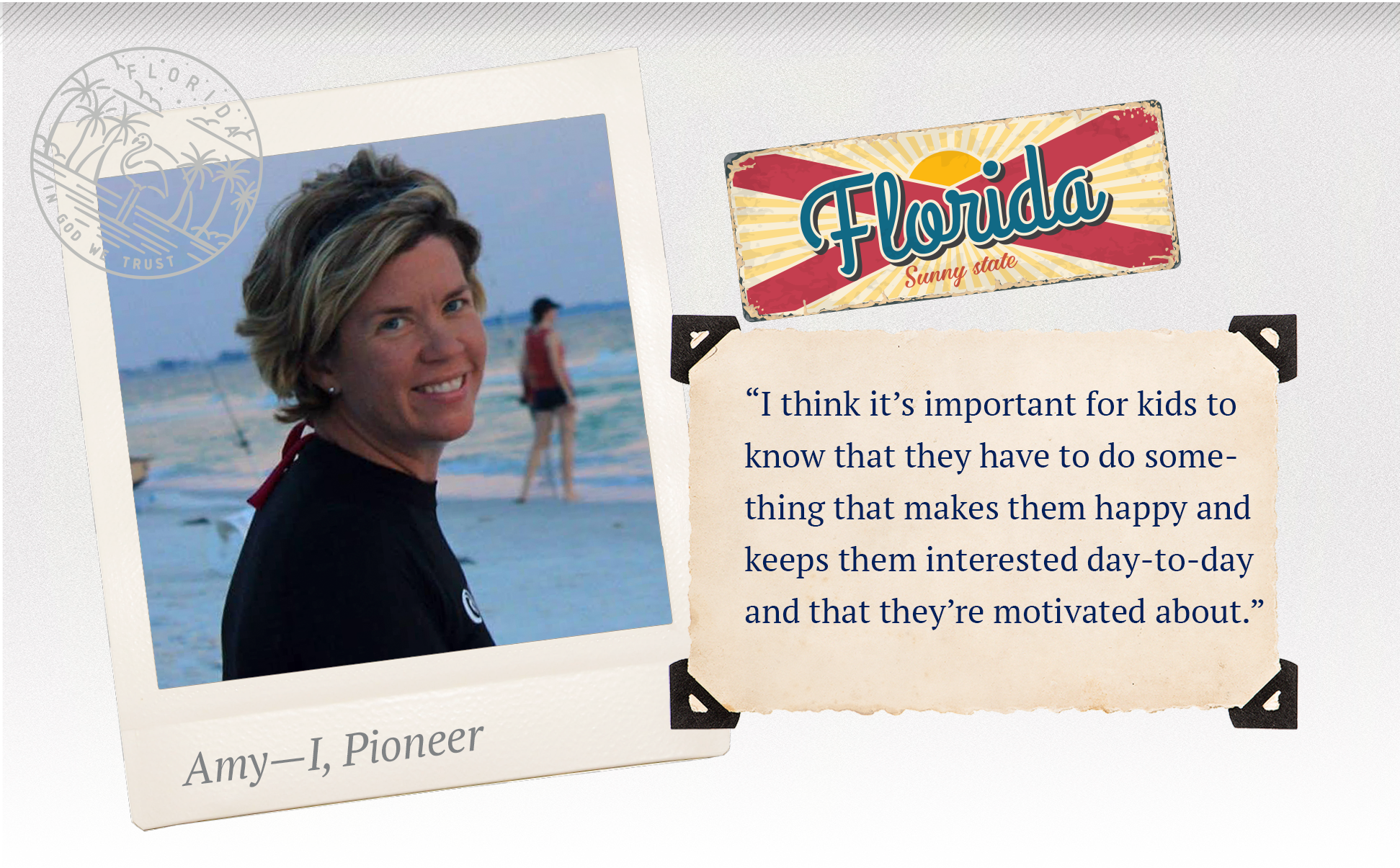 Amy Wooddell Giannotti ’95 could just as easily have focused all her efforts on her environmental science consulting business, AquaSTEM Consulting, or spend her time enjoying and exploring the abundant waterways that surround her in Florida. But the environmental scientist and marine ecologist has another passion: sharing her knowledge with children who otherwise would not have access to the beauty of nature.

In 2019, Giannotti joined Schoolyard Films, a nonprofit organization that creates high-quality environmental documentaries and supplemental educational tools for children for use in classrooms and homeschool settings for free. As traditional classrooms were shuttered in Spring 2020 by the global pandemic, parents and educators turned to virtual education to help keep children engaged in the learning process.

“I’ve been in a number of Zooms with kids over the course of this last school year — in fact, I was just talking to a class in Alaska about horseshoe crabs, which are only found on the East Coast of the United States. So, for those kids, it was something really foreign to them, but the film we created features how horseshoe crabs are used in the development of vaccines and medications — so it was all very relevant in terms of what we are all going through with COVID.”

Growing up in Williamstown, West Virginia, Giannotti is the daughter of a competitive surfer and a wildlife biologist/forester, so she spent an abundant amount of time outdoors learning about the natural world and grew to love water and ecology. After graduate school, she began teaching in rural Virginia and soon realized that many of the children she taught had little or no exposure to the same experiences that made her love studying biology and environmental science. She first connected with Schoolyard Films when she was still working with the Cambrian Foundation, a nonprofit that promotes the conservation and education of underwater ecosystems.

“The man who founded Schoolyard Films (Tom Fitz) is a multi award-winning cinematographer who does a lot of work for the BBC, Discovery, National Geographic, Planet Earth, etc., and those types of programs. He had an idea in 2008 when he was filming for a documentary for the BBC.” 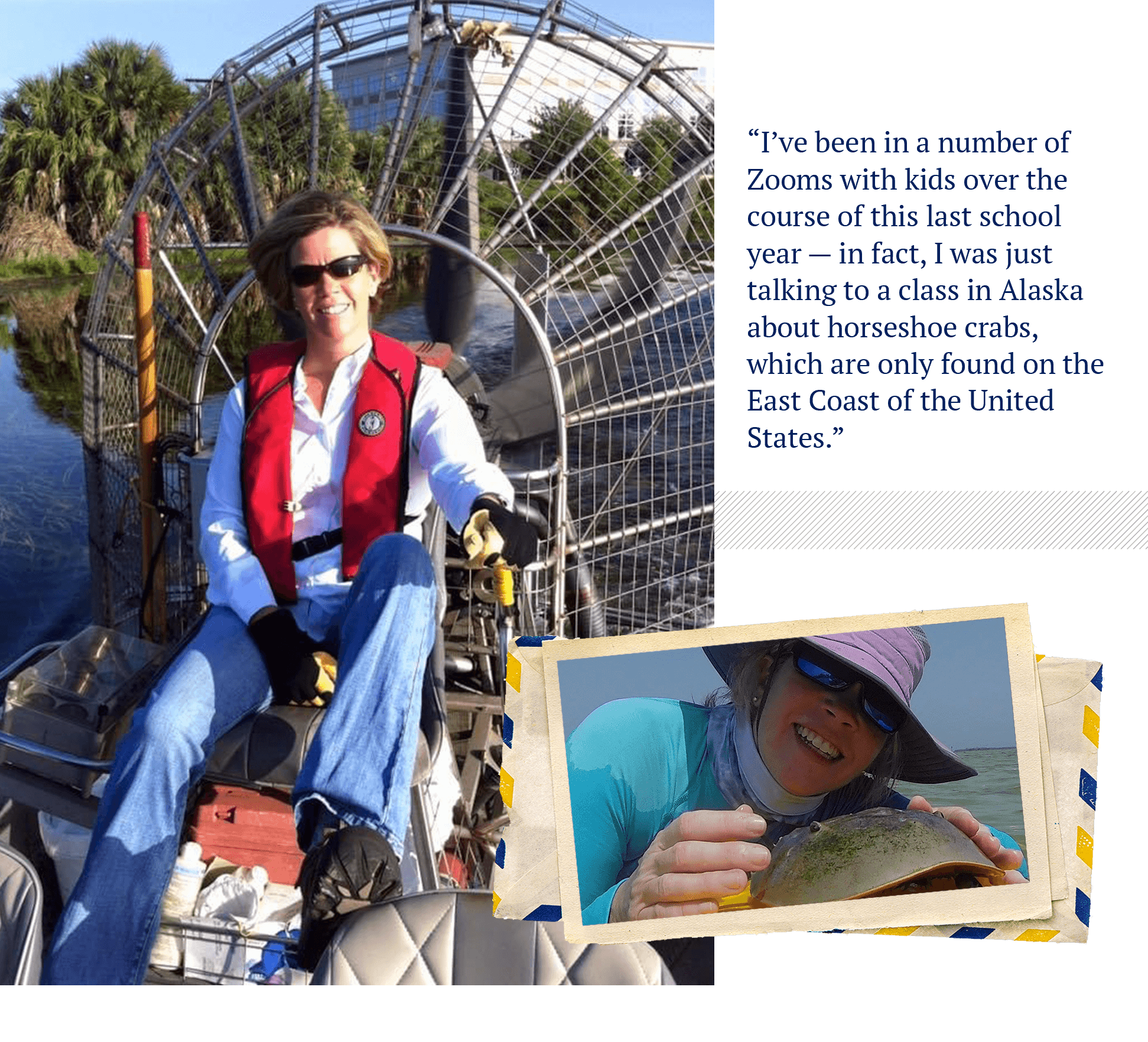 Amy uses her environmental science expertise to lead her company, AquaSTEM Consulting LLC, and lends her skills to serve as Director of Development for the non-profit organization, Schoolyard Films.

Giannotti said Fitz would spend three weeks on location filming and it would be edited down for a five-minute segment.

“But he had all this additional footage so he asked if he could take what was left to create environmental documentaries for kids K through 12. The first one he did was called Florida’s Wild Side; it was in 2008 and it was initially produced for the BBC. Once the BBC was finished with the film, they released all the rights to the little film to him. And with that, he launched Schoolyard Films.”

That film was translated in more than five languages and is available in at least 11 countries. It was the featured film on flights from London to Miami on American Airlines for many years. With every film, National Board Certified Science Teachers develop study guides and other supplemental learning activities specific to elementary, middle, and high school students to enhance the learning experience for children. The films, guides, and activities are aligned with state and national science standards and are accessible to teachers, parents, students, and the general public for free.

“And the other thing that I absolutely love is that Schoolyard Films is also part of the DCMP (Described and Captioned Media Programming) for hearing and visually impaired youth. So a child who is blind, for instance, can log onto the DCMP site and listen to our film and it has all of our textural 3-D description of what you would see on the screen. It’s neat that it’s available to literally everyone.”

Fitz contacted Giannotti about helping with a later film because of her work with the Cambrian Foundation. Schoolyard Films was planning a project about protecting the Floridan aquifer and using cave diving as a tool for data collection and exploration, and Fitz asked her if she could get a group of children together to film a lesson on groundwater protection and pollution prevention. Soon after, Giannotti joined the nonprofit, which is supported entirely by grants and donations.

Giannotti, who was named a Distinguished Alumna by the MCAA in 2011, hopes Marietta College alumni who are involved in education or public broadcasting utilize the free resources that Schoolyard Films creates so more children can develop a passion for science and a curiosity about the natural world. Schoolyard Films’ films are available for download or streaming from their website (schoolyardfilms.org) and are also available on PBS Learning Media, Apple Podcasts, DCMP’s site, and through the National Science Foundation’s Digital Library all at no cost.

“As a Biology major, I remember having friends saying to me, ‘What are you going to do with a Biology degree? You’re not going to make any money or be able to do anything with it.’ And I would say to them, ‘But that’s what I love so I’ll find a way.’ I think it’s important for kids to know that they have to do something that makes them happy and keeps them interested day-to-day and that they’re motivated about. It’s not just about money — you have to care about what you’re doing.”