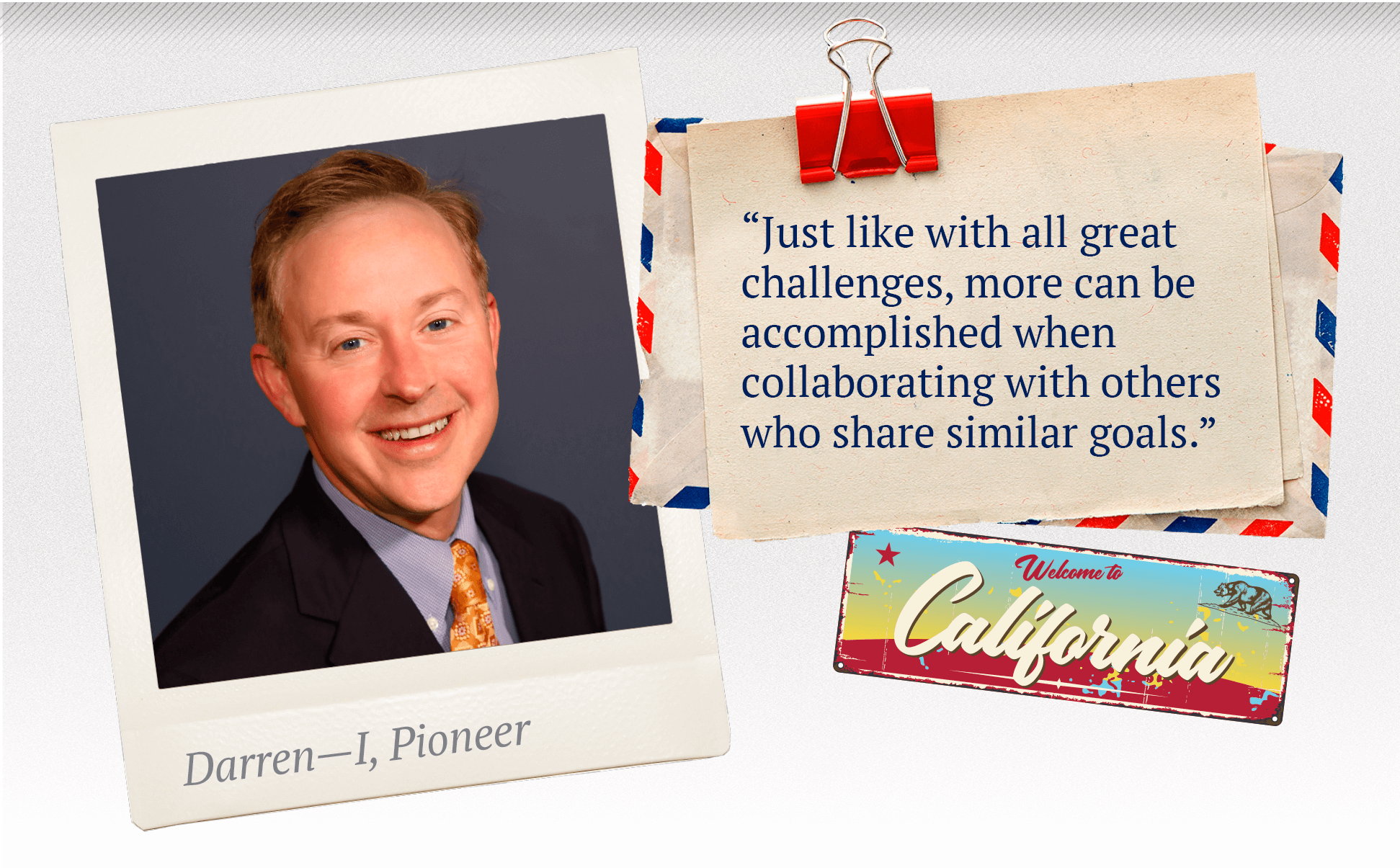 Included in the more than 250,000 acres burned during the 2019 California wildfires was Northern California Public Media’s radio transmission facility, which was set to be replaced early in 2020. But before work could begin to address the devastation the fires caused, Darren LaShelle ’89 and his team at NorCal Public Media had to switch gears to help the community prepare and deal with the figurative tsunami that was hitting the world: COVID-19.

LaShelle, who was named the President and CEO of NorCal in 2019, oversees KRCB-TV in the North Bay, KPJK-TV in the South Bay, KRCB-FM Radio 91 in Sonoma County, the website norcalpublicmedia.org, and the Northern California Public Media free digital app. While most of the staff began working remotely, those who worked directly with broadcasting quickly had to develop ways to safely deliver important news to the general public.

“Just like with all great challenges, more can be accomplished when collaborating with others who share similar goals,” LaShelle reflects. “As a member of the California Public Television Association, we were able to get at-home-learning resources onto the laptops and into the lesson plans of students and teachers. This model was adopted by PBS stations nationwide to serve schools and families. Our regional partnerships were strengthened through our participation in the North Bay Leadership Council and the Silicon Valley Council of Nonprofits. NorCal’s seat on the Sonoma County Vaccine Distribution and Outreach Committee enabled us to quickly get information to the public about vaccine timelines and locations.”

Listen to a podcast with Darren LaShelle ’89 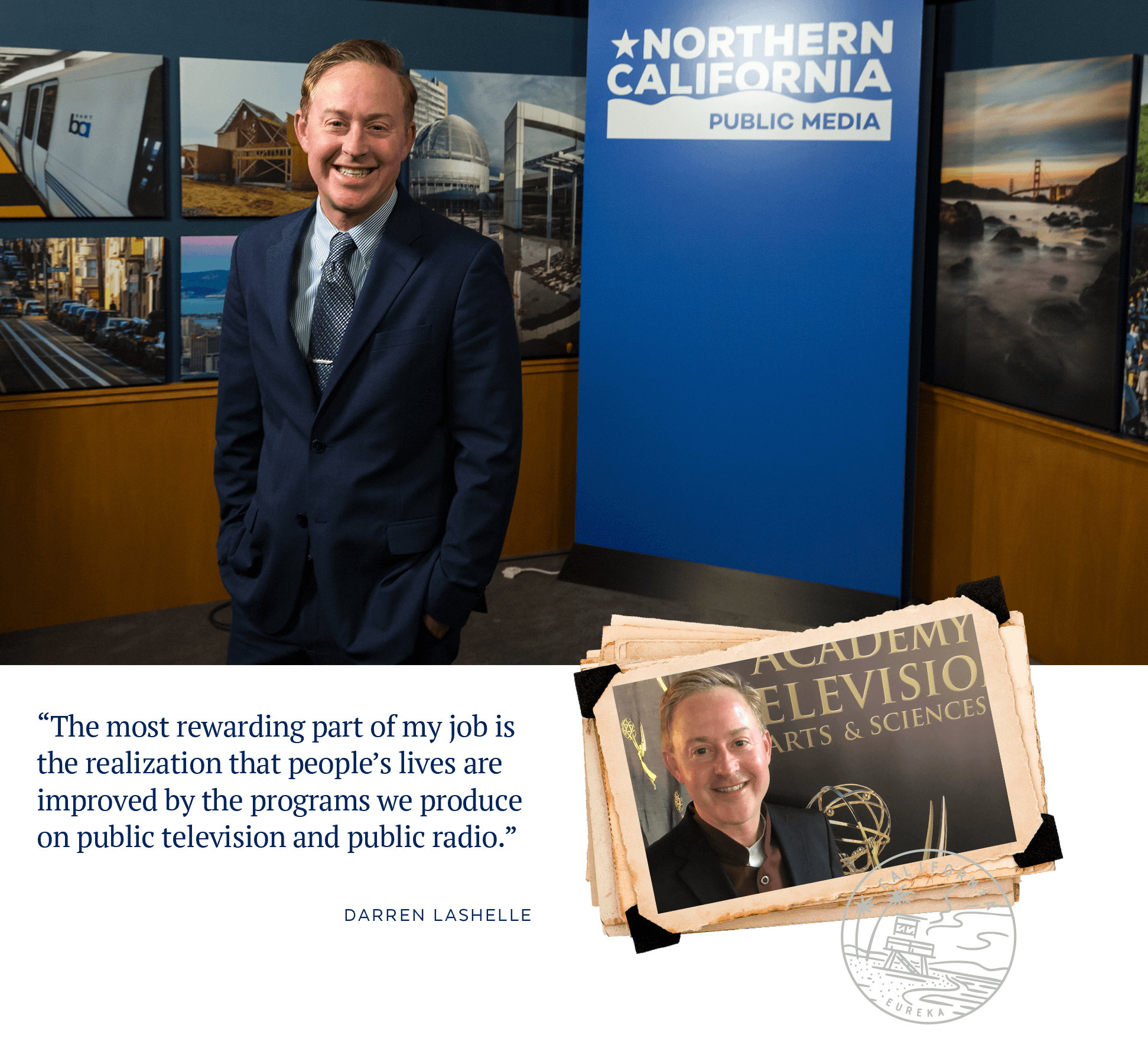 Above: Even during a global pandemic, Darren and his team at Northern California Public Media continued to bring critical health and educational programming to the Bay area residents.

LaShelle began his career in broadcasting working for national news outlets and chose to leave the major networks behind in 1995 to follow his passion for programs and news telling that explored community issues and provided educational opportunities for viewers. The pandemic underscored the importance of providing access to the latest community-based news and trusted educational content, as many viewers and listeners had to balance what they were learning about the global pandemic with what was happening at the local level.

NorCal provided lifesaving information to the Bay-area audiences — from where families facing food insecurities could find nutritious food to delivering multi-lingual health messages from local health officials regarding COVID-19. The public media group also hosted a virtual, bilingual meeting on grief and healing to help viewers as they cope with tragedies stemming from the pandemic, from violent attacks on the local immigrant community, and massive amounts of damage caused by wildfires and floods.

Despite the pandemic, LaShelle’s team continued to provide access to educational, cultural, creative and in-depth stories that inform and celebrate the best of the San Francisco Bay area and its people. These offerings led to three Emmy nominations for the Northern California Chapter of the National Academy of Television Arts and Sciences in 2020.

“The most rewarding part of my job is the realization that people’s lives are improved by the programs we produce on public television and public radio. The information and learning we make available to people gives them the tools they need to make better and informed decisions. Our programs set people on new and interesting paths to explore subjects that are meaningful to them.”